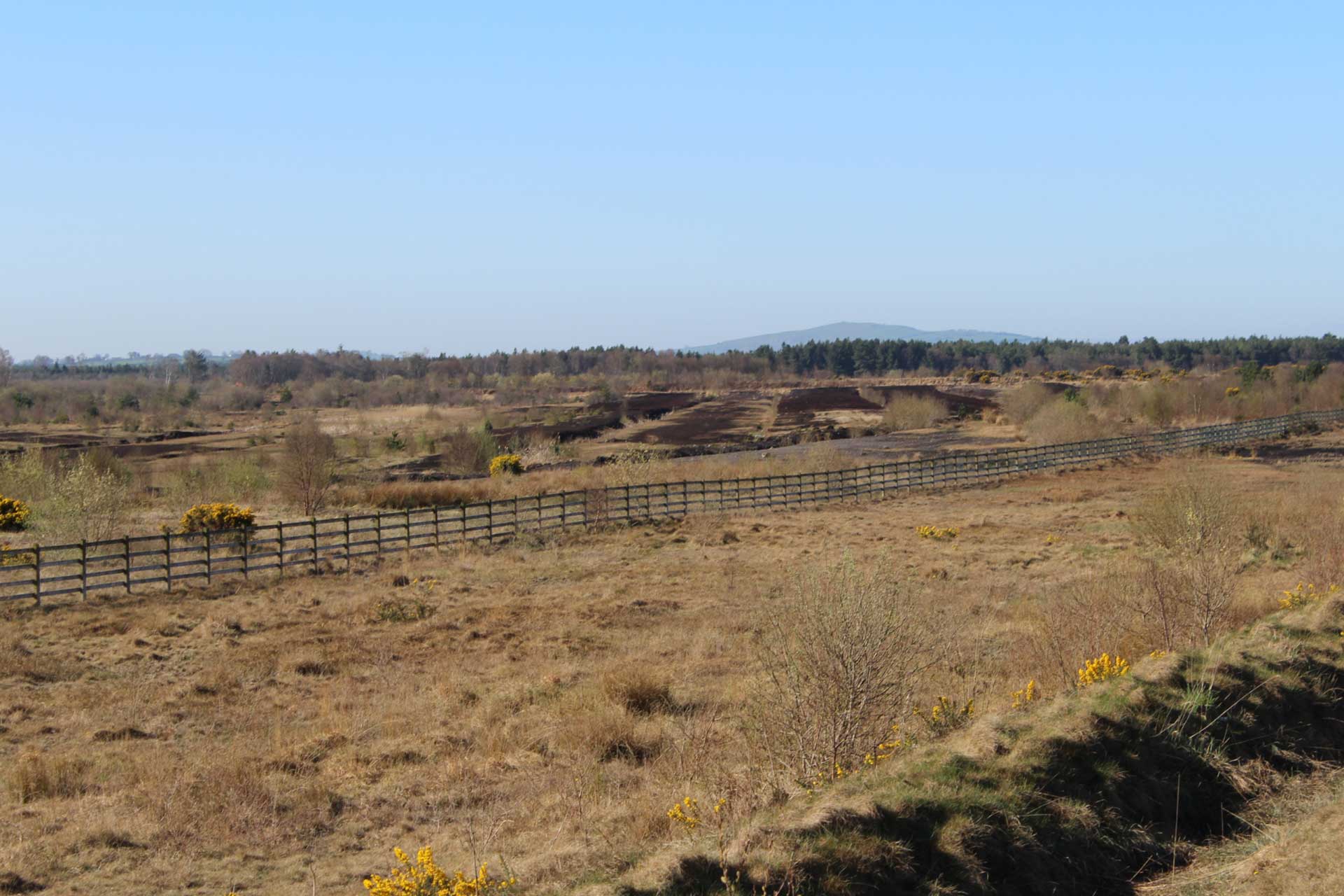 The road from Dublin to Galway is around 200 kilometres long and uses the M4 motorway for the first 60km, and the M6 for the remainder. The M6 starts at the M4/M6 divide and heads west.

The old N6 used to pass through a series of Dublin commuter towns such as Rochfordbridge and Tyrellspass, Kilbeggan and the infamous Moate bottleneck before the road finally reached the large midlands town of Athlone.

The new M6 Kinnegad to Athlone motorway, which is over 90km, was very welcome to all commuters due to the dramatic reduction in travel time, along with increased health and safety standards.

Mulligan Fencing’s Timber Post and Rail is very prominent as the motorways cuts through the soft boglands behind the 6 stages of the Moon sculpture, also known as the “Passage”.

Given that this fence was erected in 2008, we’re proud to show that it has clearly stood the test of time (photos taken in 2018).