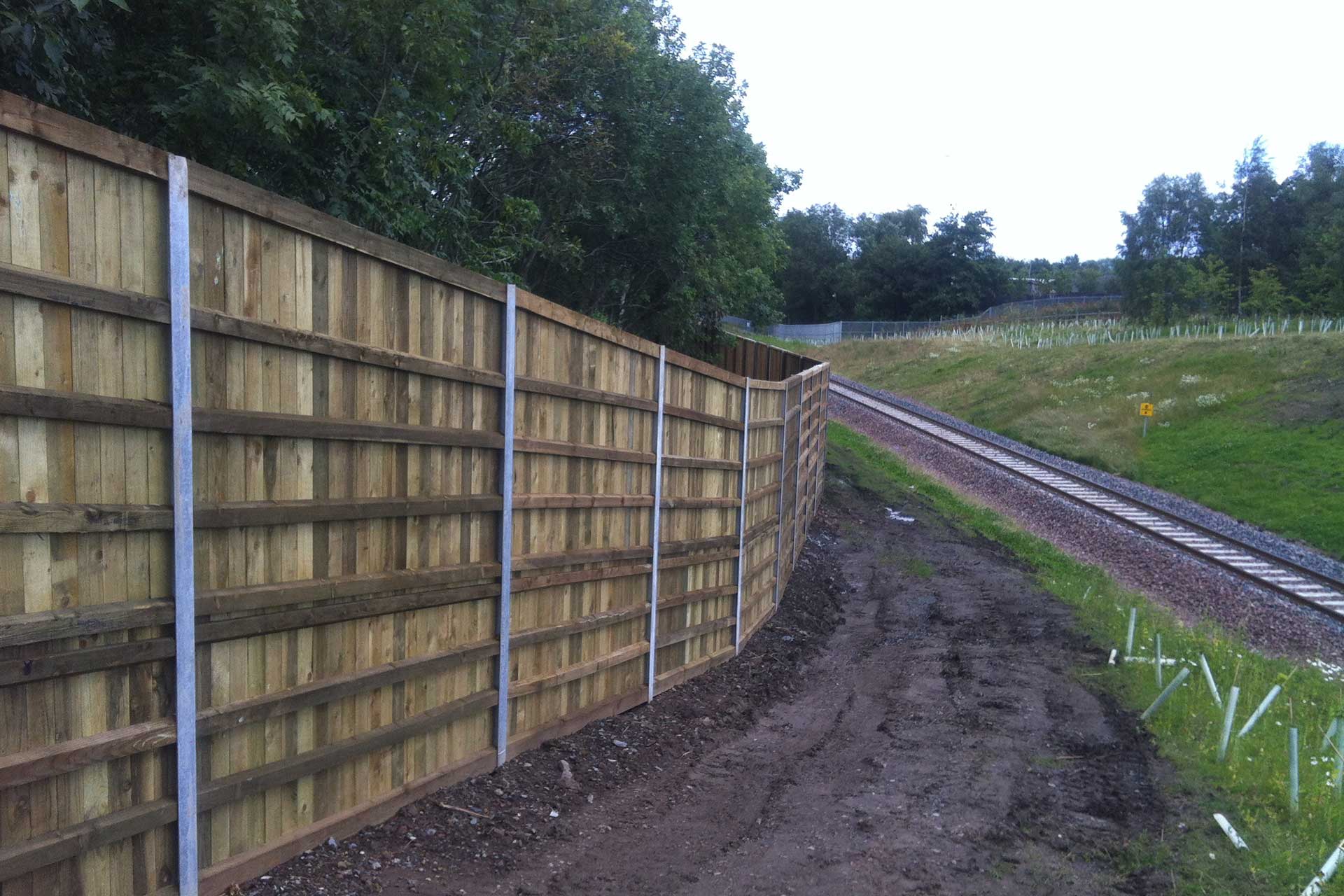 The Borders Railway is the longest new domestic railway to be built in the UK for over 100 years.

The 30 miles of track sees passenger trains running from Edinburgh, through Midlothian and into the Scottish Borders for the first time in almost half a century. It takes passengers between Tweedbank and Edinburgh in less than an hour and trains run half hourly throughout peak times.

The Borders Railway provides a strong and reliable transport connection between the country’s capital and the south east, with benefits for employment, leisure, tourism and business.

Mulligan Fencing erected Environmental Noise Barriers along the route ensuring that noise was reduced in the nominated areas.